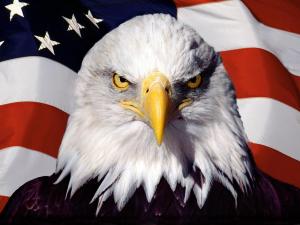 Edward Snowden, a 29-year-old former technical assistant for the CIA blows the whistle 3 days after massive lies broke as the cover up. The world knows what’s happening to privacy and the Bill of Rights now! InfoWars and Mike Adams were RIGHT and have been RIGHT for 3 years. Social Media is a trap. Phone lines are all being tapped. Emails and Gmails and chats are all “live” in the devil’s playground. Heck, government officials could be watching you through your own computer right now. How deep does it go. How will the Democrats smear the Republicans in the next election on those “3rd” party ads of which they claim they “have no control over the content?”

Which Senators and Representatives are calling prostitutes on their vacations and hiding it from their families? Will they not be able to run for office anymore? I guess what happens in Vegas stays in DC, live on their teleprompters, via some Twitter and Chat room pay per view. They can now mix those medical records the IRS is collecting with those secret skype chats and put that next to the weapons list, including unregistered ones that have lots of bullets and shoot real fast, and they can hire some hot shot Atlanta marketing firm to design the next campaign for “Real change you can trust!”

Natural News has the inside look at politics and rights of privacy gone completely awry in America, and it’s only going to get more interesting from here out, folks:
http://www.guardian.co.uk/world/2013/jun/09/edward-snowden-nsa-whistleblower-surveillance

Finally, a victory for Alternative Media over Mainstream Media liars world!
NSA routinely lies to Congress:
“Snowden also went on the record with some Q&A with Glenn Greenwald. This exchange is published by The Guardian and it reveals yet more astonishing information — EXPLOSIVE information that makes Watergate look like a Boy Scout field trip.” http://www.naturalnews.com/040694_Edward_Snowden_Glenn_Greenwald_interview.html#ixzz2VowjpfVr This published in the Guardian: Snowden said: “The extent of their capabilities is horrifying. We can plant bugs in machines. Once you go on the network, I can identify your machine. You will never be safe whatever protections you put in place.”

What “happens in Vegas” is owned by the U.S. Government: Who is opposing the Administration now? Do you have illegal guns in your house? Do you have a gun that’s registered, but you posted some Anti-War stuff on Facebook? Do you grow organic food and tell people it heals the human body? You could be at risk for piracy and breaking AMA regulations. Have you ever visited the doctor for depression, or taken meds for anxiety? You could be swooped up by FEMA soon and taken away. You better delete your social media sites and move to Australia or something. Wait, you can’t delete anything you’ve done, it’s all on record, in cyber “boxes” owned by the “Man” himself, Uncle Sam. Every phone call and every hash tag, buddy, is on record forever.
http://www.naturalnews.com/040692_NSA_spying_tech_companies_FISA.html

Do you want to run for office now, or be on the DHS task force that holds back the rebellion? If you’re not sure which side you’re on, you’re listening to the wrong news, so turn off the TV and set down your beloved Newspaper, and get the Natural News, where Mike Adams and InfoWars are showing everyone not just this WORLD WIDE INFO LEAK, but showing you a pattern of corruption that infiltrates food, water, medicine, taxes, fake wars, and more. Knowledge is power:
http://www.naturalnews.com/040694_Edward_Snowden_Glenn_Greenwald_interview.html