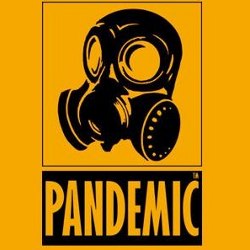 Is anthrax to be used as a weapon? Why were live samples shipped to Maryland? Don’t the scientists know the difference and why even take a chance with the supposedly dead ones? To save a few bucks using Fed Ex? This is completely insane. How easy would it be for someone to steal some LIVE ANTRAX from the Fed Ex shipping and “tracking” department. I can already read the headlines, “Fed Ex shipment of Anthrax stolen by terrorists in Anytown, Maryland.” We don’t even guard our nuclear plants properly here in the USA. And we IMPORT EBOLA and doctor-carriers and nurse-carriers and fly them into our country with the deadly disease. Then again, we inject mercury and embalming fluid into pregnant women here (flu shots) and call it normal, so why not ship dead and LIVE anthrax via Fed Ex, if it saves a few bucks, right? Save 15% on your car insurance and 15% shipping anthrax – it’s an “all summer special!” Sure. And Fed Ex is merging with UPS. They’re going to call it “Fed Up.”

Seriously folks, if these are the people handling live anthrax, imagine the bumbling idiots at the CDC and the FDA, with scientists like the 3 stooges, screwing up laboratories, the lab results and leaving ANTHRAX LYING AROUND UNLOCKED. Maybe Fed Ex could cut a deal with lysol disinfectant spray and keep this whole anthrax epidemic “under control!”

And are all Americans too dumbed-down to remember what happened one year ago? This happened just 11 months ago, don’t forget:

“A USDA investigation has revealed more mistakes behind a June incident that saw over 75 Center for Disease Control staff exposed to live anthrax.”

Incident after incident, still the US seems to just “toss around” anthrax and ebola (carriers) like it’s just the flu and some poison ivy. So alternative news wants to know where the level of stupidity meter is, instead of the ridiculous terror threat meter, with color coordination for the nation of adults that are all mentally challenged and believe the evening TV news. The government is definitely taking too many chances with dangerous chemicals and infectious diseases that have catastrophic consequences.

“Why does the military — the U.S. government — maintain anthrax samples in the first place, dead or alive? Anthrax is a serious infectious disease that can be utilized as a weapon of mass destruction, as in the case of the mass anthrax poisoning that occurred soon after the terrorist attacks of 9/11.”
http://www.naturalnews.com/049906_anthrax_WMD_US_military.html#ixzz3bkNafZT0