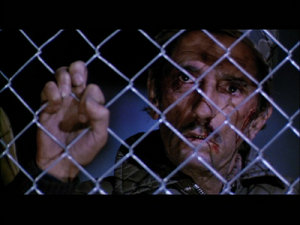 According to Natural News, nearly 92 million Americans have dropped completely out of the workforce. According to the Labor Department, the latest figures show that a record 91.8 million Americans are no longer in the labor force, which explains last month’s 0.3-percent drop in the unemployment rate. As reported by Breitbart News, “to be included in the Labor Department’s calculations for this statistic, a person must be 16 years or older, a civilian, not in an institution (such as prison) and someone who has not looked for a job in the last four weeks.”

When the financial markets crash, and they WILL crash, the stock market bubble will burst and the housing bubble will burst, gas prices and food prices will skyrocket, mortgage rates will skyrocket, grocery store shelves will clear, and metropolitan cities will all look like Baltimore did a few weeks back after the police brutality incident. TV news will say that everything is fine and the government has everything under control when they absolutely do not. People living in the hills, mountains and forests will be fine, most likely, but it will be a “horse of a different color” for anyone inside and surrounding metro cities.

While most physicians and public health workers may be unaware of the depth of the cover-up regarding vaccines, the harm they are causing is incalculable, and the damage being inflicted on us and our children is devastating. Since the illnesses or injuries caused by toxic vaccines frequently don’t show up for weeks or even years, the medical-industrial complex maintains plausible deniability.

Many good physicians have come forward (like those affiliated with the International Medical Council on Vaccination) and exposed the dangers of vaccines, as have CDC whistleblowers. The truth is everywhere. All that is needed is for folks to educate themselves and join the many good people (professionals and non-professionals) working to get the truth out. Vaccines may get MORE dangerous over time, with hoax “outbreaks” of swine flu and the like.

To see some fascinating and interesting clips regarding the truth about America and the current economic situation, one can easily log onto: