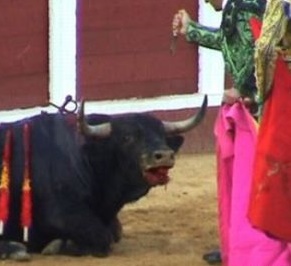 There is a new mentality sweeping over America; when a “person of interest” shoots up a school, or blows up a building, or detonates a bomb at a public event, everyone in that city must be “grounded,” or punished, by being interrogated, searched, questioned, put on home arrest, homes searched without warrants, and harassed at gunpoint, all in the name of “safety” and “homeland security.” All the networks support this scripted follow up to “terror” events, and they promote the loss of liberty, as Obama and Bush before him would have it be.

Remember, back in grade school, when one wild child or irresponsible student wasn’t paying attention to the teacher, or forgot their homework, that a lousy teacher would punish the whole class, and make new rules for everyone, rules that weren’t necessary, except maybe for the one “bad” kid. Half the time, that “bad” kid wasn’t even really bad, he/she was just daydreaming out the window, or had a bad home life, where the parents didn’t help them with homework or study skills, and the whole class would have to suffer for it. These were the teachers who liked control, who liked telling everybody what to do, even when they were all doing it right already. These were the “power tripping” teachers, who just loved wielding authority for the hell of it, and did it all day. They always had a teacher’s pet too, who did everything they said and made straight A’s, seemingly without even trying very hard.

Today, in America, those power trip authority figures are the FEDS, and those “bad” students are “persons of interest” who, whether it’s true or not, have committed a crime or looked like they might have. These “suspects” are used as pawns, on the great stage, and the play is played out, like a movie, to suit the wants and needs of an overwhelmingly HUGE government, that wants and likes control of the masses. The media is like the teacher’s pet, saying and doing everything the teacher (The president and his FEDS) have scripted out, and the rest of the students (ignorant masses) just fall in line, standing in that “single file line” (obedience) and allowing the illegal searches and seizures of their rights, their liberties, and their tax funded MARTIAL LAW.

You want your Bill of Rights back? Don’t open the door! Ask the police if YOU are a person of interest, if YOU are a suspect, and if they have a search warrant. If they don’t, they are violating every Constitutional right that you have, and you should fight back.

The U.S. Government bullies are running amuck, with no regulations, no checks and balances, and they’re acting like we all live in the Banana Republic. For more on this latest atrocity, visit natural news and learn how to protect your rights, your family, your home, and your health, wealth, and wellness: 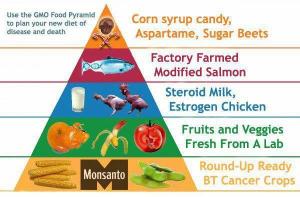 Thanks to the worldwide propaganda of big food corporations that most of the people do not understand, such as which food is good and which is bad. But all these things are about to change. Natural News reports of the release of a documentary film titled All Jacked Up that clearly depicts how the food corporations manipulate the facts for their own benefits. This documentary is a treasure chest for all those who want to gain some knowledge about the food industry, especially in the United States. The film is available online and can the trailer can be found at http://www.naturalnews.com/032529_All_Jacked_Up_documentary.html .

While All Jacked Up reveals the ugly truth about junk and processed foods, Natural News brings forth another set of foods that can significantly contribute towards controlling blood pressure. Foods like chocolate, Hawthorne berry, banana, watermelon, purple potato, kiwi, raisin, Jamaica tea and cayenne have proved their power in controlling high blood pressure. Daily consumption of one of these food materials can keep blood pressure well under control thus reducing the risk of suffering from stroke. People using steroids, antidepressants and birth control pills can effectively use these foods to put a check on their blood pressure. Know more at http://www.naturalnews.com/039994_foods_lower_blood_pressure_hypertension.html . Look into nutrition and end the pharmaceutical nightmare.

GMOs have always been regarded as the only possible answer to the impending food crisis of future. But latest studies reveal that GMOs are nothing but disease breeding agents that have more hindrances than benefits. So, according to Natural News it is better to avoid GMO foods. Any food that is not certified organic is likely to be GMO. The latest data from the USDA declare that 93 percent of all cotton, 90 percent of all soybeans and 86 percent of all corn in the U.S. are of GMO origin. Visit http://www.naturalnews.com/035472_GMOs_avoiding_soy.html to know more.

Find natural remedies that work! Organic and natural from the Health Ranger Mike Adams and the Natural News Store:

Click any of the following organic links to learn more about YOUR health and natural news: