You may not believe this but the U.S. government is seeking absolute control over the farming industry in the U.S. with the help of an executive order called the National Defense Resources Preparedness. The U.S. government, under the leadership of the president, would be able to take control of all the resources in the country in order “to promote the national defense.” Natural News reports that this order is designed to give the government absolute authority to raid farms at its will and do whatever it wants even if it hardly serves public interest. More at: http://www.naturalnews.com/035301_Obama_executive_orders_food_supply.html.

How does the government exactly plan to gain control over the farming sector? The USDA has exhibited how it plans to exercise its power. It is now reported that the “census of agriculture” funded by the government itself is directed towards creating a comprehensive database of private agricultural farms. This database would ultimately help the government to seize the assets of the farms if need be. The census is also a complete breach of the people’s right to remain silent as farmers are bound to provide the information of their farms to the authorities. http://www.naturalnews.com/039652_USDA_agriculture_census_government_surveillance.html#ixzz2OkBHIV7M

The atrocities of the government have yielded some positive results as well. Natural News reports that in the wake of the gun control propaganda of the U.S. government, a large number of people are now buying guns, which means that there is an increase in the demand for guns and ammunition. This has created thousands of jobs in the gun and ammunition industry contributing to the overall development of the country’s economy. Moreover, gun manufacturers are finding it hard to cope with the rising demands of the guns and some are even putting customers on waiting for as long as 18 months due to huge demand and limited production. Know more of this at: http://www.naturalnews.com/039666_Obama_job_creation_guns_and_ammo.html#ixzz2OkHJmMJj

Click any of the following organic links to learn more about YOUR health and natural news:

After 23 years in office, Ron Paul has finally bid farewell to the U.S. Congress. A man of discipline, Paul has always chosen to adhere to human values and personal liberty. His farewell speech at the U.S. Congress is a stark reminder of what liberty is and why it necessary. According to Mike Adams, the farewell speech from one of the most respected congressmen should be read by all those who need to understand where America is standing at present and where it is heading. In his speech, Paul clearly indicated that the policies of the U.S. government would pave the way for a financial crisis and a compromise with national security. Know more at: http://www.naturalnews.com/038006_Ron_Paul_farewell_speech_liberty.html .

So, what is liberty? Is it only the affair of freeing oneself from the clutches of another? No. It is not. There are many aspects of liberty and all of them should be cultivated properly in order to establish a truly free country. Take for example, the issue of food sovereignty. Sedgwick in Maine is the first town that has declared complete food sovereignty opposing the federal and state laws. The town authority has passed an ordinance which says that the citizens of Sedgwick would be able to produce, sell and consume their local foods like raw milk and local meat. Natural News reports that this would reduce the people’s dependency on big food corporations. To track the complete news pay a visit to: http://www.naturalnews.com/039633_Sedgwick_food_freedom_federal_laws.html#ixzz2OYtsvcjW .

As people across the U.S. are becoming more and more conscious about liberty such as food sovereignty, backyard farming is gaining rapid popularity. Natural News opines that farming of some vegetables in the backyard can save a lot of money that goes into buying foods daily. In addition to this, these foods are absolutely safe for consumption and are not as harmful as GMO foods. More of this is revealed at: http://www.naturalnews.com/036180_micro_farming_revolution_backyard_gardens.html#ixzz2OYu9pqUN .

Check out other Natural News blogs!
Around the world: 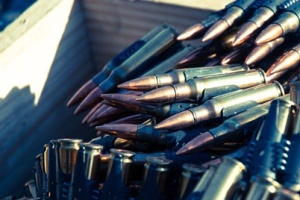 The government in the U.S. has been waging a “War on Terror” for quite some time but now it is high time to question the activity of the government. Natural News reports that the war on terror was nothing but a complete hoax, prepared by the government itself to give rise to a wide spread paranoia. Paul Craig Roberts, who used to be the Assistant Secretary of the U.S. Treasury, is of the opinion that all the terror plots in recent history have been deftly fabricated by none other than F.B.I. agents in order to create mass panic that would pave the way for the so called war on terror. Learn more of this news at: http://www.naturalnews.com/034321_war_on_terror_paranoia_hoax.html

The government has been able to successfully dupe American citizens by saying that the National Defense Authorization Act or NDAA is not applicable to American citizens. But the truth is that this act is applicable to foreign nationals AND Americans. It is a drastic effort on the part of the government to nullify the Bill of Rights that has been safeguarding the freedom of U.S. citizens. The government is desperate in its acts to maximize its power even if it contradicts the interests of the general people. More of this news is reported in: http://www.naturalnews.com/034537_NDAA_Bill_of_Rights_Obama.html

The gun control issue is another method that has been used by the government to fool the general public. The government always tries to propagate that the mass killings at the hands of psychotic shooters, especially on school premises, can only be prevented through extensive gun control. However, Natural News reports that once gun control is implemented successfully, the government is going to ban things of public freedom like books, websites and works of art. The government has already nullified the Bill of Rights with the signing of the NDAA and now it looks further to exercise its power. More of this is covered at: http://www.naturalnews.com/039507_gun_control_Bill_of_Rights_free_speech.html#ixzz2NqgqwzIw

It seems that the worst nightmare has finally come true. Government now tries to take a share of the hard earned money of the people directly from their private savings accounts. Natural News reports that the government in Cyprus has struck a deal with International Monetary Fund very recently in order to pave the way for have a share of the money saved in private accounts. The deal is designed to empower the government take up to 10 percent of the deposits made by private individuals. The government now claims a part of the private money as its own.

According to government sources this is being done to prevent the collapse of the country’s economy, but experts opine that it may result into catastrophe. People in other economically stressed countries in Europe may anticipate that their governments can also take similar steps and may draw huge amounts of money from their accounts in order to protect their cash. This would result in a total collapse of the banking system. The people of Cyprus are grossly disappointed with the government with its new decision, reports Natural News. More at http://www.naturalnews.com/039522_Cyprus_government_looting_bank_accounts.html .

Mike Adams says that the term ‘haircut’ that is being used to describe the government’s initiative to devour a share of the money deposited in private savings accounts should be stopped immediately. He goes on to say that it is outright theft on part of the government. There is no room for justifying this attitude of the government and it should be stopped at any cost. It is only the banking barons who never get such a ‘haircut’ and moreover receives a majority of what the government takes from the general public. Instead of taking such actions against the general people, the government should arrest the defaulting bankers in order to prevent of the collapse of the economy. View more of this at http://www.naturalnews.com/039539_bank_accounts_haircut_Cyprus.html