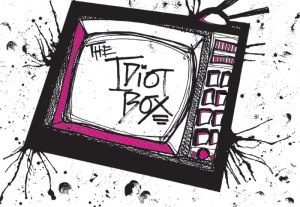 TV news has lost ALL credibility. We already knew they were on a landslide down, down, down, but this is the avalanche, and now NOBODY can believe anything they’re hearing on the news or even reading in the paper in America anymore. All these newscasters have money in the game. They don’t like their salaries enough so they invest in politicians bids and campaigns, expecting to be repaid with insider stock advice, pharma portfolios, free vacations and timeshares, and of course, prostitutes. Mainly that is because they themselves are prostitutes, selling their souls for money on the open market, donating funds to crooks and swindlers, so why do they wonder when it all blows up in their faces, like George Stephanopoulos or Brian Williams? They should get together, go bowling and get drunk before their careers in broadcasting come to a quick close. These liars and cheats are exposed and it’s only the tip of the iceberg. Most TV anchors do exactly the same as these charlatans, they just don’t all get caught. And remember, when you get caught for a crime or an insidious lie, it’s never the first time. You get caught because you’ve done the crime over and over and over, and you’ve gotten so comfortable with it that you stop covering all your tracks. The best liars tell the biggest lies, but eventually, smart people like those who report natural health news are revealing all the “information” criminals. Hillary Clinton has hundreds of shills behind her already and so does the new idiot Bush. Every political criminal hires shills to spit out their lingo as typed on the teleprompter.

These reporters and self-proclaimed “Journalists” are prime time players in the greed and corruption games for control, money and power at the cost of people’s lives, health, and safety. None of them care and that’s why TV news and newspaper sales, advertising and ratings are all in the gutter. We all know the truth because so many prime time “players” have been exposed or stupid enough to expose themselves, like sending pictures of their private parts to college girls on twitter.

Turn off the TV. Burn the newspaper. Follow Natural Health News and the forthright investigative reporters looking out for the public interest.

“Mainstream media news anchors just can’t help lying all the time, it seems. Mere months after NBC News anchor Brian Williams was outed for utterly fabricating a long list of sensational news stories, ABC News anchor George Stephanopoulos has been exposed as a Clinton crime family operative who donated $50,000 to the Clinton Foundation and then deliberately withheld that information from his employer and ABC News viewers” – – reports Politico and Natural News: http://www.naturalnews.com/049707_George_Stephanopoulis_Clinton_Foundation_pathological_liars.html